Own A Piece of History, the JCG/KD Challenger LS Conversion is FOR SALE!

This turnkey car has received a tremendous amount of press including a feature in Hot Rod Magazine.  Auto enthusiasts admire the ingenuity and creativity of the build while Mopar purists are less than pleased to see an LSX under the hood.  The car is available as is or if an interested buyer just can’t handle the engine configuration, we can transplant a late model HEMI for an additional cost.

The Challenger was built by Cris Gonzalez and his team at JCG Restoration and Customs.  Making its official debut at the 2014 SEMA show, the JCG 1970 Challenger features a GM LS3 525 Crate motor with Magnum T56, and ACT clutch.  A VaporWorx fuel system feeds the beast and all those spent exhaust fumes are pushed through a Borla exhaust matted to Kooks headers. 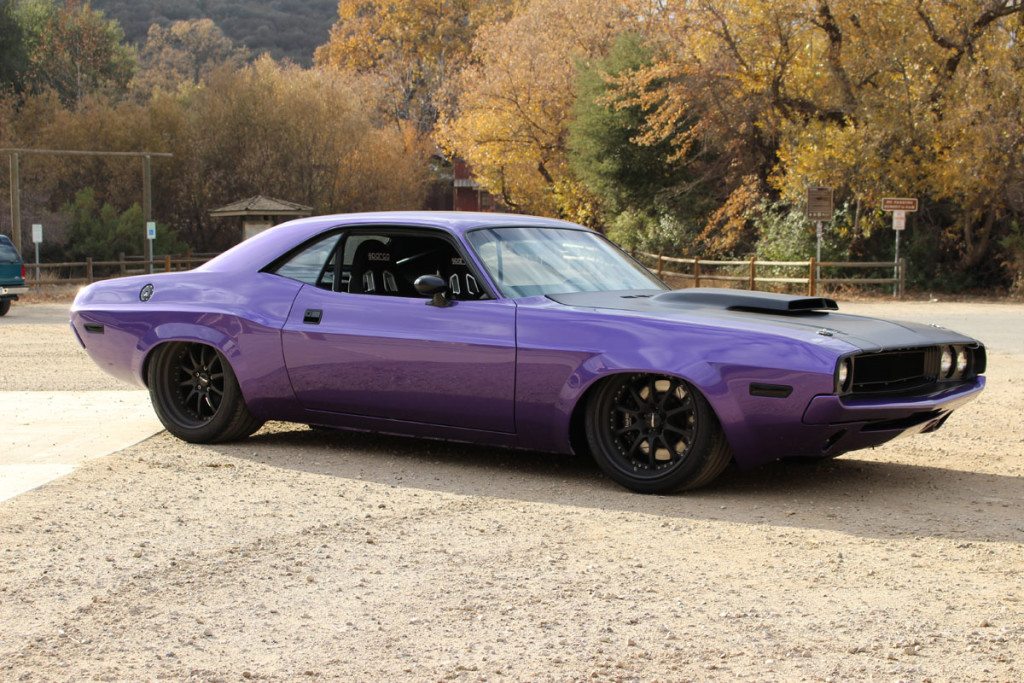 JCG integrated a number of their own products on the car, including their own custom gas tank, custom built fender flairs and spoiler.  It also features JCG front and rear suspension with JRi coilovers with a Speedway Engineering floater rear end.

Wilwood Disc Brakes provide the stopping power and Michelin Pilot Super Sport tires (305/30ZR19 & 345/30ZR19) wrapped around Forgeline ZX3R wheels (19×11 & 19×12) provide plenty of grip.  The hood, trunk and bumpers are supplied by ARR Fiberglass and Plum Crazy is responsible for the deep purple finish.  Inside the cab, a Sparco steering wheel and seats keep the driver comfortable and in control while Speed Hut Gauges. 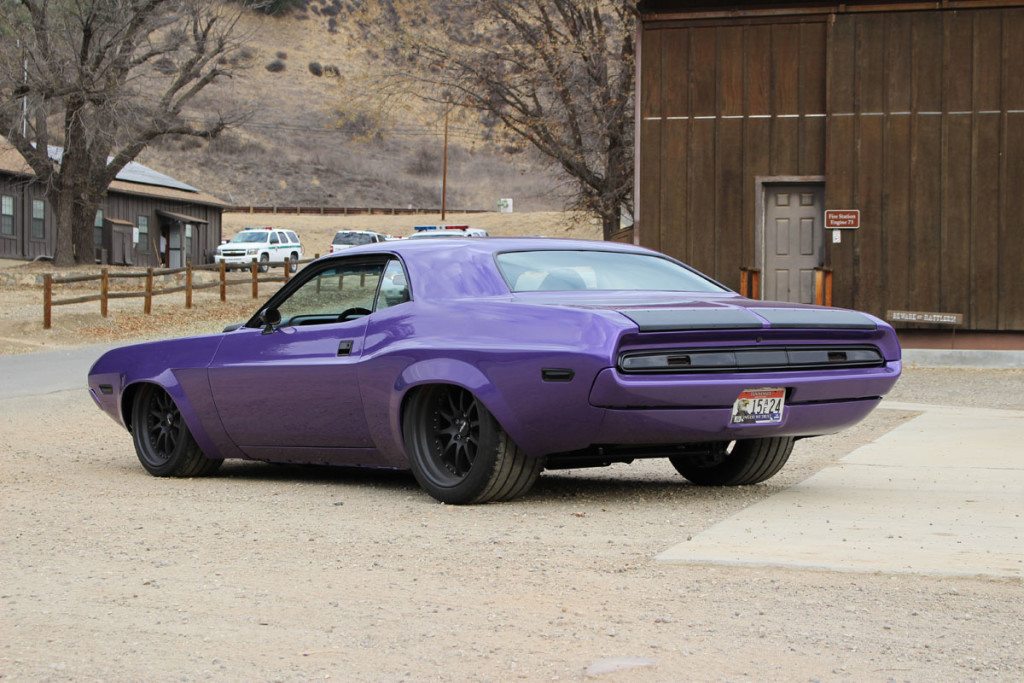 The JCK/KD 1970 Challenger LS Conversion is known and recognized around the world thanks to Hot Rod Magazine and other publications and has received a great deal of exposure on social media.

Asking price for the Challenger is $100,000 and all serious inquires can contact: Cris Gonzalez at cris@jcgcustoms.com