It was all systems go for Jake Rozelle coming into the opening round of the USCA series at Thunderhill Raceway this past weekend in Willows California.  The young gun who never goes down without a fight came ready to race and made a loud statement, sweeping the performance events in the competitive GTV class and finishing 3rd overall on the road course.

Coming into Thunderhill, Rozelle new Mike Maier would be his toughest competitor in the GTV class as the two have battled it out on numerous occasions and Maier has a long history of winning autocross races.  Rozelle had hoped the two would land in the same group for the speed stop and autocross but unfortunately Maier was selected to run the speed stop while Rozelle started his day on the autocross.

“Mike has so much experience in autocross, for me to run first was stressful knowing that he’d be coming up after me,” said Rozelle.  “If you’re both in the same group you can just keep running and you’ll always know if you’ve got a good enough time.”

Rozelle’s fastest time of 27.60 did the trick and no one was able to better it the rest of the day.  Jake’s luck continued in the speed stop competition where he managed another win, giving him some breathing room going into Sunday’s road course contest.  “I’ve never won both events going against Mike so going into Sunday with a pretty good lead was a bit of a relief.”

Sundays road course challenge gives racers multiple opportunities to lay down their fastest lap and Jake steadily improved upon his time through the day.  A final time of 1:58.1 gave him the fastest GTV class time and was good enough for 3rd overall out of 75 cars.  Three class wins combined with his scores in the road rally and Design & Engineering meant that Jake took home top honors in the GTV class for the event and secured himself an invitation to the OUSCI in November.  Additionally, the ’69 Camaro belonging to Jake’s father Roy earned the drivers choice award for the second year in a row.

“The car ran flawlessly all weekend” said Rozelle.  “JJ from Ultimate Performance made a couple of clicker changes but that was it.”  Very impressive considering the car hadn’t been raced since the Duel in the Desert last November.  Following a transmission rebuild, JCG Restoration and Customs prepped the car and made sure Jake was ready to go for Thunderhill.  “It takes a team of people to make it work from Cris at JCG prepping the car and JJ helping with any adjustments during the event to my dad covering all the details so I can focus on driving.”

November is a long ways away but starting the season off with a commanding win and securing an invitation to the OUSCI is about as good as it gets.  Check back often for news and information on JCG drivers and to stay informed with everything that we have going on under the hood. 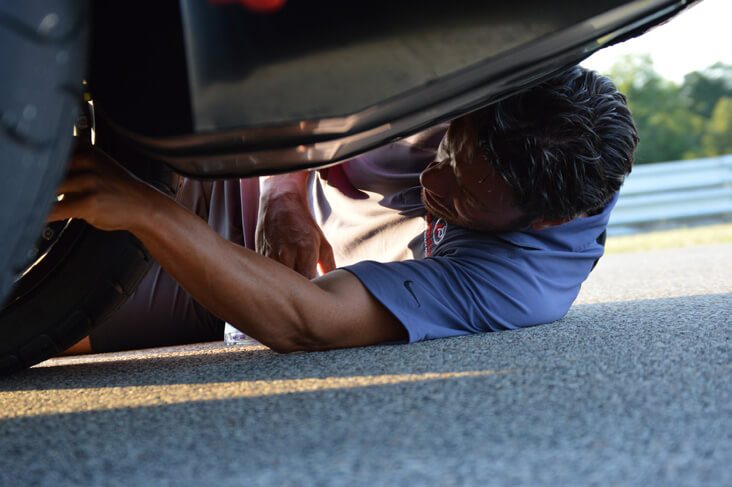